Is it enforceable? This is the initial question frequently asked of advisors when a dispute involving restrictive covenants looms. Skilled advisors can of course offer a view in light of well- known principles but in many cases the answer will be that “it depends – on the evidence”.

Evidence in litigation needs to be adduced. It is the responsibility of claimant’s solicitors to ensure that available evidence relevant to upholding the enforceability of a covenant is put before the court. What are the relevant principles?

An example of what not to do is provided in the decision of Calver J in Quilter Private Client Advisers Ltd v Falconer [2020] EWHC 3294. In that case the High Court held that each of the non-competition, non-dealing and non-solicitation covenants relied upon by the Claimant ex-employer was unenforceable. The employer submitted (among other statements) a 166 page lead witness statement: so the failure was not for lack of effort. The statement attracted criticism from the judge (at paragraph 101) for its prolixity; for the fact that it impermissibly regurgitated large chunks of the claimant’s pleaded case; for the fact that it stated the witness’s “understanding” on the basis of what he had been told by the claimant’s solicitors; it recited large amounts of correspondence (often not concerning the witness at all) together with commentary on it; together with a “laborious and unhelpful list” within its last 100 pages, of disclosure give up pursuant to an earlier court Order. It was not based on the witness’s own account of events but amounted to a “lawyer drafted submission”.

Calver J went on to hold (at para. 175(11)) that generalised statements such as “the non-compete restriction is necessary because post termination confidentiality obligations are very difficult to police in practice” carried little weight. The judge observed that there was no substantive evidence to support that assertion and that the detailed evidence suggested the contrary. Similarly, assertions about what was “industry standard” required evidence to substantiate the claims: but the evidence suggested that non-competition covenants of the sort in play were not industry standard.

Each of the non- solicitation and non-dealing covenants had an 18 month back stop – i.e. the prohibition on soliciting or dealing with former clients extended to those with whom the departed employee had dealt in the 18 months prior to termination. In order to discharge the burden of showing that the covenants extended no further than was reasonably necessary to protect the employer’s legitimate interests the claimant needed to adduce evidence to show why such a backstop was appropriate. It failed to do so: although it had established that it had legitimate interests to protect (i.e. customer goodwill or connections and confidential information) it adduced virtually no evidence as to why the scope of the restrictions was necessary of justifiable. What evidence there was lacked detail and consisted of a series of generalised statements. Submissions were made to the effect that 18 month backstops were commonplace, as in the insurance industry, notwithstanding that insurance policies are renewed annually, but the judge rejected the submission (at para. 201): “there was no evidence to support this assertion and no evidence as to whether there were any common features of the financial services industry and the insurance industry which made it appropriate in any event to compare the two. I therefore disregard it.”

The following points emerge from the case:

Lawyers cannot invent evidence and some covenants will be beyond salvation. But knowing what evidence is needed, where to look for it and how to present it in order to discharge the burden of proving that covenants in restraint of trade are enforceable are key skills of the employment competition litigator. 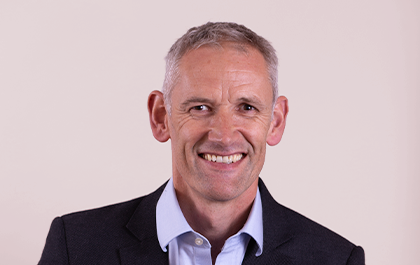