Wrongful dismissal: who you gonna call?

Which (if any) witnesses should a party call to give evidence in a claim for wrongful dismissal? Joseph Bryan discusses Hovis Ltd v Louton EA-2020-000973-LA.

Hovis Ltd v Louton began with a familiar scene. An employee is dismissed for gross misconduct and brings a claim in the employment tribunal. At centre stage in the ensuing drama is the unfair dismissal claim, entailing all “the usual Burchell questions”.[1] For the employer, the usual protagonists attend to speak to the reasonableness of the dismissal, including the investigating, dismissing and appeal managers.

Playing second fiddle – perhaps because of its relative value – is a claim of wrongful dismissal. As HHJ Auerbach put it on the appeal in Louton:

Where there are claims of both unfair and wrongful dismissal, it is not unusual for parties sometimes to give less attention than perhaps they ought, in their arguments, and preparation, to the wrongful dismissal claim.[2]

Louton is useful reminder to employment litigators, whether acting for a claimant or a respondent, to consider whether any other witnesses will be needed to give evidence on the wrongful dismissal claim even if those witnesses will have nothing to add in respect of unfair dismissal.

The first-instance decision in Louton

Mr Louton, a lorry driver for Hovis, was dismissed for gross misconduct, the alleged misconduct being smoking while driving his lorry. It was said that he had been seen smoking by a Hovis logistics manager and his wife, who happened to be driving along the same stretch of motorway at the same time as he was allegedly smoking.

At the hearing of his unfair and wrongful dismissal claims, Mr Louton gave evidence, which included a denial that he had been smoking. The individuals called to give evidence for Hovis were the managers who conducted the investigation, the disciplinary hearing and the internal appeal. Neither of the eyewitnesses to the alleged smoking – the logistics manager and his wife – gave evidence, though a contemporaneous written statement and the minutes of an interview in which they set out what they said they had seen were adduced before the tribunal.

Upholding the wrongful dismissal claim, the employment judge decided that:

without being able to evaluate the evidence of the only first hand witnesses to the matter myself, I can make no finding that the Claimant was smoking as alleged by the Respondent.[3]

Hovis appealed, arguing that the judge had impermissibly fallen back on the burden of proof and that, although the tribunal had not heard from the alleged eyewitnesses, there was more than enough evidence to support a conclusion that Mr Louton probably had been smoking.[4] It was alternatively argued that the judge erred in holding that it was “simply not possible”, in the absence of first-hand testimony, to find that Mr Louton had committed the alleged gross misconduct.[5]

The first argument was rejected: the judge had not fallen back on the burden of proof, impermissibly or otherwise, because she had not concluded that this was a case where there was equally compelling evidence pointing each way.[6]

As to the second argument, HHJ Auerbach reiterated that a wrongful dismissal claim involves “a discrete and different reasoning process” from the consideration of an unfair dismissal claim.[7] He concluded that the judge had erred in considering that she “could not” find in favour of Hovis in the absence of the alleged eyewitnesses.[8] That was not the correct approach. There was no principle that hearsay or documentary evidence could not be properly evaluated without hearing from a live witness. That error meant the appeal would be upheld and remitted to the tribunal for a fresh decision.

Strictly, the EAT’s decision is Louton means no more than that the judge made an error of principle in her approach to the evidence. The EAT did not substitute its own decision as to whether Mr Louton was wrongfully dismissed: that is a matter which now lives on for determination on remission. But the case reminds us, as practitioners, that the witnesses required on an unfair dismissal complaint are not necessarily the same as those required to make good (or to resist) a plea of wrongful dismissal and that whether any additional witnesses are required – and, if so, their identity – should be considered at an early stage in proceedings.

[4] This was said to include hearsay evidence, reports of the incident, photographs, and question marks over the claimant’s credibility. 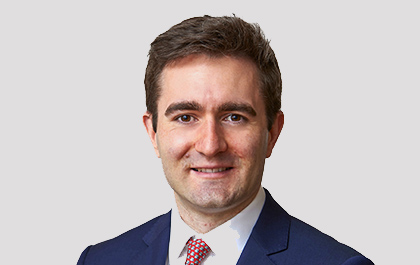