Specific Disclosure in the ET: 5 practical tips in light of the recent EAT authorities

The principles that apply to an application for specific disclosure in the Employment Tribunal have been the subject of three recent decisions in the EAT, namely Santander[1] (Linden J) Element[2] (Choudhury P) and Dodd[3] (Auerbach J), providing Tribunal users with welcome guidance in this area. In light of these recent decisions, this article offers 5 practical tips to those seeking to make (or resist) such applications.

When considering whether or not to order specific disclosure an Employment Judge is exercising a broad judicial discretion. The greater the importance of the documents to the issues in the case, the greater the likelihood that an order will be made; however, this is subject always to application of the overriding objective and in particular the principle of proportionality.[4] Wide-ranging requests that put a respondent to unjustified time and expense are likely to be refused. Applicants should test and mitigate this risk by cross-referencing requests to the pleadings or list of issues, and explaining in the request itself to which issue (or issues) each strand of the disclosure sought is necessary, and why.

It is important to have in mind that the touchstone on an application for specific disclosure is a narrower concept than that of relevance. There can be no order for specific disclosure unless the documents sought are likely to be disclosable (in the sense that they are likely to support or adversely affect the case of one or other party and are not privileged). Similarly, if disclosure is sought in relation to a category of documents, it must be shown that the category is likely to include disclosable documents. Even if that question is answered in the applicant’s favour, specific disclosure will only be ordered where it is “necessary for fairly disposing of the proceedings” meaning that the documents sought must be “of such relevance that disclosure is necessary for the fair disposal of the proceedings“.[5]

As noted by Linden J in Santander, at [27], applications for specific disclosure should normally be supported by evidence. This need not be in the form of a witness statement in every case, but the burden is on the applicant to put materials before the ET which establish the case for an order. Evidence should therefore address the question why it is believed that the documents sought are likely to be disclosable and, where possible, issues which are relevant to the application of the overriding objective such as proportionality, cost etc. Conversely, it may assist a respondent to put in evidence as to why the order should not be granted. If it is being said that there are no documents in a given category, or that the documents in that category have been considered but none are disclosable, this may need to be proved. If it is being said that disproportionate expense would be incurred relative to the importance of the relevant issues again there may need to be evidence.

Applications for specific disclosure are often contested on the basis that they amount to an impermissible “fishing expedition”. However, whilst the prohibition on “fishing” is well established, it can be too readily invoked. As explained by Choudhury P in Element, at [69], a fishing expedition involves any request for disclosure that is made in order to enable the requester to find a claim, rather than to inform claim already made. It followed that in Element (an equal pay claim) an application for specific disclosure made to identify the best possible comparators was not an impermissible fishing expedition where there was already a pleaded equal pay claim in existence. It is now clear that there is no condition that the applicant for specific disclosure show that their case is prima facie likely to succeed: see Element at [82].

All too often apparent gaps in an opponent’s disclosure are not identified or raised until trial preparation begins in earnest: often this is too late. As set out above, an Employment Judge will apply the overriding objective when determining whether or not to make an order for specific disclosure. When making such an order would jeopardise a listed hearing this will inevitably weigh against an applicant who could have applied at an earlier stage. Where an application is based on gaps in the general disclosure, as is often the case, this should be made as soon as possible after disclosure is given. To that end, when reviewing an opponent’s disclosure documents, it can be helpful to keep a list of key documents or classes of document that are not there, as well as those that are. Where an application for specific disclosure at a late stage is unavoidable, it will be all the more important that it is tightly focused and of particular necessity to the fair disposal of the dispute. 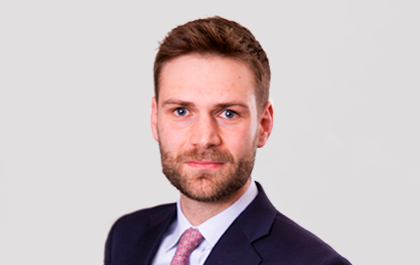