There is often a temptation in ‘without prejudice’ (“WP”) correspondence for the parties to make robust statements on the basis that the veil of WP privilege means that the wording shall never be seen by the court and thus the same level of care need not be taken in making allegations as one sees in ‘open’ correspondence.

Nicholas Siddall KC analyses the recent decision of the EAT in Swiss Re Corporate Solutions Ltd-v-Mrs H Sommer [2022] EAT 78 and why it offers a salutary warning to practitioners in this regard.

The Claimant had issued Employment Tribunal proceedings against the Respondent and in the course of the proceedings the Respondent’s solicitors had written a letter dated January 22nd 2021 which was marked ‘WP and subject to contract’. The letter made a number of allegations against her which were said to be likely to lead to summary dismissal, criminal convictions, fines and/or findings of a breach of the FCA rules. In that light of that position an offer of settlement was made. The essential background to the misconduct was that she had forwarded confidential material as regards the dispute during employment and in contemplation of litigation. Albeit the Respondent was immediately aware of the forwarding and described it as “low level data breach”. The Claimant had been instructed to delete the material and had promptly done so.

The Claimant applied to be permitted to rely on the letter at the hearing of the claim on the basis that its contents amounted to unambiguous impropriety. The Employment Tribunal allowed that application and the Respondent appealed.

“[a] striking disparity between what was known about the alleged misconduct and what was said about it in the letter of 22 January 2021” and “there was no basis at all for the Respondent’s solicitors to assert that what she had done was serious misconduct which fundamentally undermined the employment relationship and hence merited summary dismissal or that she had committed one or more criminal offences. …”

The EJ’s final finding was that “The Respondent’s solicitors grossly exaggerated the severity of what she had done in order to put pressure on her to accept what they proposed, namely the immediate termination of her employment. I am satisfied that the making of those threats in those circumstances was an abuse of the privilege and that they unambiguously exceeded what was permissible in settlement of hard fought litigation”.

The matter was heard before Bourne J.

He began by reviewing the importance which the common law attaches to the WP rule and the high bar for succeeding in an argument of unambiguous impropriety.

He then gave useful guidance when assessing contentions of this sort as follows:

That said the EAT made this observation

“60. …it seems to me that the employer or [its representative] sailed close to the wind. Although I accept [the] submission that there is no rule prohibiting parties who are negotiating in civil proceedings from making any threat of criminal or regulatory action, there will always be the danger of applying improper pressure by doing so. That danger was heightened here by the exaggeration of the misconduct in the WP letter, in the light of everything else that had been said about it. However, as I have said, there is a strong rule of public policy maintaining privilege for without prejudice correspondence and exaggeration by itself is insufficient to make out an exception.”

Thus the Respondent’s solicitors breathed a sigh of relief but the decision serves as a salutary warning that exaggerated threats in WP correspondence may be put before the court or at least open the risk of a hearing with evidence in order to determine their factual basis thus suggesting that a more restrained approach is often better adopted in such correspondence.

Nicholas Siddall KC is a leading practitioner in the field of statutory employment law and undertakes significant work in the Financial Services Field. 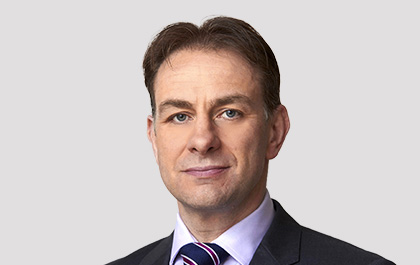