Restitution claims in the ET

Jeremy Lewis considers the EAT’s decision in Abellio East Midlands v Thomas, whether it was rightly decided and the light it shines on the unsatisfactory limits on the jurisdiction of ETs to resolve worker’s remuneration claims.

In April 2020 the Law Commission proposed important changes to the jurisdiction of ETs to deal with contractual claims[1].  The need for reform has long been recognised.  Twenty years ago, in Delaney v Staples [1992] 1 AC 687 (at 698A-B), Lord Brown-Wilkinson said that the absence of contractual jurisdiction relating to dismissals brought the law “into disrepute”.  He noted how unsatisfactory it was that employees were forced either to proceed in the ordinary courts of to bring two sets of proceedings even for small sums of money.

Two years later the ETs were given some jurisdiction over contractual claims[2].  However, this was subject to a £25,000 cap, and is only available upon termination of the contract. The response to the problem was inadequate at the time. The position is still worse today since there has been no increase in the £25,000 cap to take into account inflation.  The limit on jurisdiction looks all the more anomalous when tribunals have the power to make sometimes very large awards when dealing with uncapped compensation for discrimination and whistleblowing. Whilst Lord Brown-Wilkinson’s comments were directed at wrongful dismissal claims, a similar problem arises with other contractual claims. Where the claim is framed in the alternative, either as an express term or in the alternative based on damages for relating to the exercise of discretion, part of the claim may only be justiciable in the ordinary courts, subject to sometimes contentious arguments as to whether it can be squeezed within the scope of an unlawful deductions claim.

Acknowledging these difficulties, the Law Commission recommended in its 2020 report that the ET’s contractual jurisdiction be extended so as to apply to workers, that for both workers’ claims and employer counterclaims the requirement for the employment to have terminated and for the claim to have arisen by the time of termination be removed and that the cap be increased to £100,000, which should thereafter continue to track the threshold for the requirement for a claim in the High Court[3].  It remains to be seen whether the recommendations will be taken up.  However, if it is, the EAT’s decision in Abellio East Midlands Ltd v Thomas [2022] EAT 20 points to a further type of claim to be considered to enable tribunals to address worker remuneration claims in the round: quantum meruit claims based on unjust enrichment as a fall back in the absence of a contractual entitlement to pay for work done.

The Facts in Abellio

The Claimant was employed as an Area Manager for Leicester at a salary of £42,000. He agreed to move to a new position as Area Manager for Nottingham which was the biggest and most complex station in the franchise network.  He was told his salary would be increased to reflect the greater responsibilities in that role. He began to take on that role in March 2020. In May 2020 he agreed with senior management that his salary for the new role would be £52,000, subject to HR approval. However, the approval was not given. There were a series of other offers including at one point proposing that the increase to £52,000 would follow only after a probationary period, which he rejected. He was then dismissed with effect from 12 November 2020 when he indicated that he planned to raise a grievance. The ET found there was no oral agreement to the increased salary of £52,000 because the Claimant was aware that the salary had to be ratified by HR and that it never was. Nor was there any agreement to the other increases offered by Abellio because in each case he had rejected the offers. However, it upheld a quantum meruit claim based on a salary of £52,000.

The EAT (Michael Ford QC) accepted that there was a valid quantum meruit claim for the value of the benefit conferred on Abellio by the work done. The relevant elements for such a claim are (1) that the respondent has been enriched, (2) this was at the claimant’s expense (or through the services provided), (3) the enrichment was unjust, and (4) there are no defences available[4]. Where there is a contractual relationship with the respondent that will usually exclude the claim on the basis that the contract allocates the risk between the parties[5]. Typically, if the contract does not provide expressly or by necessary or obvious implication for additional payment for services that is the end of the matter. However, the EAT (at 28(5)) noted that there are exceptions for the provision of services (a) which go beyond the scope of those provided for in the existing contract or (b) in anticipation of a contract which does not materialise (thought there would need to have been a contract for there to be a worker relationship). The first of those exceptions was found to apply here because the ET concluded that the new role was “entirely different” and the remuneration in the previous role did not cover the work under it.

However, the EAT concluded that a quantum meruit claim could not be brought by way of unlawful deduction of wages (and nor had it been brought as a contractual claim). The EAT acknowledged several factors that could point to such claims falling with the unlawful deductions jurisdiction.  It was accepted that the unlawful deduction provisions should be given a broad and inclusive interpretation (para 33). Further (at para 23), a quantum meruit award is akin to wages in the sense that it compensates a worker for work done for which the worker has been paid nothing or too little. It also arises from a legal entitlement albeit not under the contract, and the sums would be paid “in connection with … employment”, as required by s.27 ERA, because the payment must have been to a worker and in that capacity.  However, Michael Ford QC concluded that several factors which influenced the finding in Delaney that notice pay claims could not be brought by way of deduction of wages (save where the notice is worked out) also told against quantum meruit claims being covered.

The EAT first noted that in its view the quantum meruit claim fell outside the core concept of wages identified in Delaney (at 692A-C) as being payments referable to an obligation under a subsisting contract of employment to render services. Here the claims did not arise under a contract since the basis for the quantum meruit claim was that the sums claimed were for work which fell outside the scope of the contract. Nor did the claim appear similar to any of the other specific categories of wages listed in s.27 ERA (paras 46-47). The EAT considered that this was reinforced by the fact that it would often be difficult to identify the “occasion” on which such were properly payable, as required to identify from when time began to run for bringing a claim.

Second, the starting point for determining the amount to be paid as a non-contractual quantum meruit is the objective value of the services to someone in the shoes of the recipient at the time they were provided (Benedetti v Sawiris [2014] AC 988 (SC)). Evidence would often be required of the market value. As such it would typically be difficult to identify any quantifiable sum which was properly payable prior to quantification by the tribunal based on ex post facto evidence (para 49).

Third the EAT QC doubted that Parliament could have intended or contemplated that such claims would be covered since it would take tribunals into “unchartered waters” involving much case law and may require expert evidence (para 50).

Much of this reasoning is open to question:

The decision in Abellio may therefore not be the last word on whether there can be a quantum meruit claim by way of deduction of wages. In practice though the issue will rarely arise in the form it did in Abellio. The contract will ordinarily be determinative of what remuneration can be claimed. If there is some aspect which is found not to be within the scope of what was agreed, the more usual approach will be an implied term that the Claimant will be paid remuneration which is objectively reasonable.  The key issue is likely to be not as to the form of the claim (whether or not under contract) but as to whether the difficulties in quantification prevent it being a deduction of wages claim. There are good policy reasons, given the complications in such claims, for not squeezing them into the framework of deduction of wages, with its limited scope for cross-claims and penalty elements where payment has not made (s.25(4) ERA).  The need to try to fit claims within an unlawful deduction of wages framework only arises because of the current limits on the scope for contractual claims. The reforms proposed by the Law Commission cannot come soon enough

[3] Recommendations 4 to 7 and 11.  It was also recommended that tribunals should have power to hear unlawful deduction of wages claims that relate to unquantified sums (Recommendation 13).

[7] See also eg Barton v Gwyn-Jones and others [202] 2 All ER (Comm) 652 where Davis LJ argument that the correct analysis in that case should have been on the basis of an implied terms rather than an unjust enrichment claim.  The basis of valuation would then be different as in a contractual claim the focus is on intention of the parties objectively ascertained rather than the value of the benefit conferred (see per Asplin LJ in Barton at [42, 52], although in Barton it led to the same conclusion 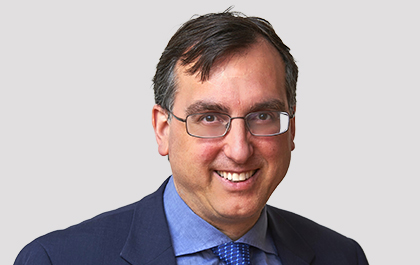