The Court of Appeal’s recent decision in Racing Partnership Ltd & others v. Sports Information Services Ltd [2020] EWCA Civ 1300 has provided clarity on the economic tort of unlawful means conspiracy and provided much food for thought on claims for breach of confidence.

However, with the Court (Arnold, Phillips, and Lewison LJJ) split on a number of the central issues, there remains a resounding message that this is an area of law which is still in development in the twenty-first century context. Further challenges on points of principle (and their application to specific sets of facts) can be expected.

The key points which emerge from the decision are as follows:

We explore below in more detail some of the nuances of the decision, and what the wider implications might be on claims in this area.

The dispute arose out of an agreement for the provision of live betting and horseracing data from certain racecourses owned and operated by the Second Claimant (Arena). The data included information such as betting prices, weather conditions, the state of the course, withdrawals from races, and results

The First Claimant (TRP) had a contract with Arena from January 2017 for the exclusive collection and distribution of this data to off-course bookmarkers for the purpose of fixed-odds betting. The Defendant, SIS, had previously had a similar exclusive contract with Arena, but that had come to an end upon the TRP-Arena contract coming into force. The contracts were for eight-figure sums, which represented the – albeit short-lived – considerable commercial value of the data and rights associated with it.

In order to try and avoid entering into a commercial agreement with TRP, SIS entered into an agreement with another company, the Tote, with which it was commercially related through a mutual shareholder. The agreement was for the provision of data similar to the data which TRP had the exclusive right to collect and distribute. The Tote had, as a result of its corporate background, the right to collect and distribute certain data from Arena’s racecourses, but this extended only for the purposes of pool betting, rather than fixed-odds betting. SIS sought assurances from the Tote that it was entitled to provide the relevant data and received a contractual warranty to that effect. The Tote provided SIS with the data from January 2017 to July 2017.

The Claimants brought proceedings alleging various causes of action including breach of contract, breach of copyright, misuse of confidential information, and unlawful means conspiracy. Following a three-week trial before Zacaroli J, the Court dismissed all of Claimants’ claims other than for breach of confidence in relation to misuse of race-day data. SIS appealed the Court’s decision in relation to the breach of confidence claim. In turn, TRP cross-appealed the Court’s decision that SIS was not liable for unlawful means conspiracy. These claims were therefore the basis of the case before the Court of Appeal.

Both Arnold LJ and Lewison LJ considered the decision in Douglas v. Hello! Ltd (No 3) [2008] 1 AC 1 (and the extensive litigation associated with the wedding of Michael Douglas and Catherine Zeta-Jones), which TRP contended was on all fours with the present case.

Arnold LJ accepted that there was a precise parallel between that case and this. He observed, as Lord Hoffmann made clear in Douglas v Hello!, that the doctrine of misuse of confidential information is about control of information, and particularly information with commercial value; the true criterion of confidentiality, per Arnold LJ, was not secrecy, but inaccessibility. As Arnold LJ saw it, Arena sought to exercise its control over the information through terms that it imposed on all racecourse-goers, which was analogous to the control that Douglas and Zeta-Jones sought to exercise over distribution of photographs of their wedding. This was a case concerned with data which was commercially valuable largely because of the speed with which it could be made available, and which Arena sought to exercise control over and to regulate the use of in its contractual relationship with TRP. While there was no contractual restriction on the Tote making use of the data: (i) there was no contractual right for it to do so, (ii) both SIS and the Tote had sufficient knowledge that the race-day data was confidential to Arena/TRP, and (ii) the Tote was a trespasser insofar as its use of the data for purposes beyond pool betting was concerned.

Lewison LJ (with whom Phillips LJ agreed) took what may be regarded as a less legalistic and more pragmatic approach towards the question of confidentiality. In his view, the fact that a large amount of the information concerned would be broadcast live on television, and thereby almost instantly available to the public at large, made it difficult to argue that the information – at least individually – was confidential. His Lordship cited Lord Walker’s minority opinion in Douglas v. Hello! suggesting that commercial value alone is not enough, and that “the confidentiality of any information must depend on its nature, not its market value”. Lord Walker stated that the law of confidentiality should not “afford the protection of exclusivity in a [public] spectacle”. Lewison LJ considered that the compilation of information might be confidential, but that the compilation had been made by the Tote and not by anyone else.

It was wrong, in Lewison LJ’s judgement, to approach the analysis from the starting point of searching for a contractual right to disseminate the information. Instead, the focus should be on whether there is a contractual prohibition from doing so: “[u]nless there is a contrary obligation, a person is free to communicate what he sees or hears”.

His Lordship attached weight to the fact that the trial judge had found that the Tote honestly believed that there was no restriction on its ability to provide the race-day data to SIS (and that SIS did not know that the Tote was unable lawfully to supply the data). Moreover, it was important to remember – and indeed it appears to have been the most significant factor in the view of Phillips LJ – that SIS had sought assurances from the Tote as to its right to provide the data and had obtained a contractual warranty. In those circumstances, Phillips LJ concluded at [170] that it “it is difficult to see why a reasonable person would have been expected to make further or different inquiries and/or to have reached the opposite conclusion.” Arnold LJ’s approach, and that of the trial judge, had held SIS to too high a standard.

It followed that neither SIS nor the Tote were under an equitable duty of confidence, and therefore the claim for breach of confidence was bound to fail, contrary to the finding of the trial judge.

The central issue in relation to the claim for unlawful means conspiracy was whether it is necessary for a defendant conspirator to have knowledge (actual or blind-eye) that the means being employed to enact the conspiracy are unlawful. The trial judge had concluded that it was. The majority of the Court of Appeal disagreed.

Arnold LJ (with whom Phillips LJ agreed) reviewed the central authorities on the constituent elements of the tort, which do not specifically refer to a requirement for knowledge. He then turned to the conflicting Court of Appeal authorities which considered the knowledge requirement, namely British Industrial Plastics v. Ferguson [1938] 4 All ER 504 and Belmont Finance Ltd v. Williams Furniture Ltd (No 2) [1980] 1 All ER 393, as well as the criminal case of Churchill v. Walton [1967] 2 AC 224 (which had been applied in Belmont). The latter two of these suggested that there in order to establish a conspiracy to do an unlawful act, it is  necessary to show that the conspirator had knowledge of the facts which made the act unlawful; but knowledge of the law is not required. In Churchill it had been observed that:

Arnold LJ noted that although Churchill concerned a criminal conspiracy and was not therefore binding in the civil context, “it is highly persuasive unless there is some relevant distinction between the two”. He noted that it would be surprising if the law imposed a higher threshold of knowledge in civil cases than criminal ones, and concluded that there was no relevant distinction and so, essentially, that the same test should apply in the civil context.

In doing so, his Lordship rejected SIS’s arguments that: (i) this would extend the reach of the tort too broadly, (ii) that it would render the tort of inducing breach of contract redundant (pointing to statements in OBG v. Allan [2005] QB 762 that there are clear differences between the two torts in a number of respects), and (iii) that the knowledge requirement should apply where the unlawful means consists of an infringement of private law rights (rather than, say, committing a criminal act).

Lewison LJ, dissenting, attacked the decision in Belmont, identifying no less than eleven perceived “difficulties with the decision”. The powerful analysis set out in those dissenting paragraphs may well provide the basis for further challenge to the knowledge requirement, presumably in the Supreme Court. For now, however, there is binding Court of Appeal authority that knowledge of the unlawfulness of the means is not required to found a claim for unlawful means conspiracy.

The Court’s conclusion as to the question of knowledge in the context of unlawful means conspiracy represents the most significant point of legal principle which arises in this case. Subject to any subsequent appeal, this resolves a question which has remained unanswered for some time.

While the majority’s finding on breach of confidence does not establish such a clear-cut legal principle, the decision shines a light on the different analyses that can be applied to the question of confidential information and the equitable duty of confidence. These will no doubt be drawn upon by defendants in cases of this nature in the future. 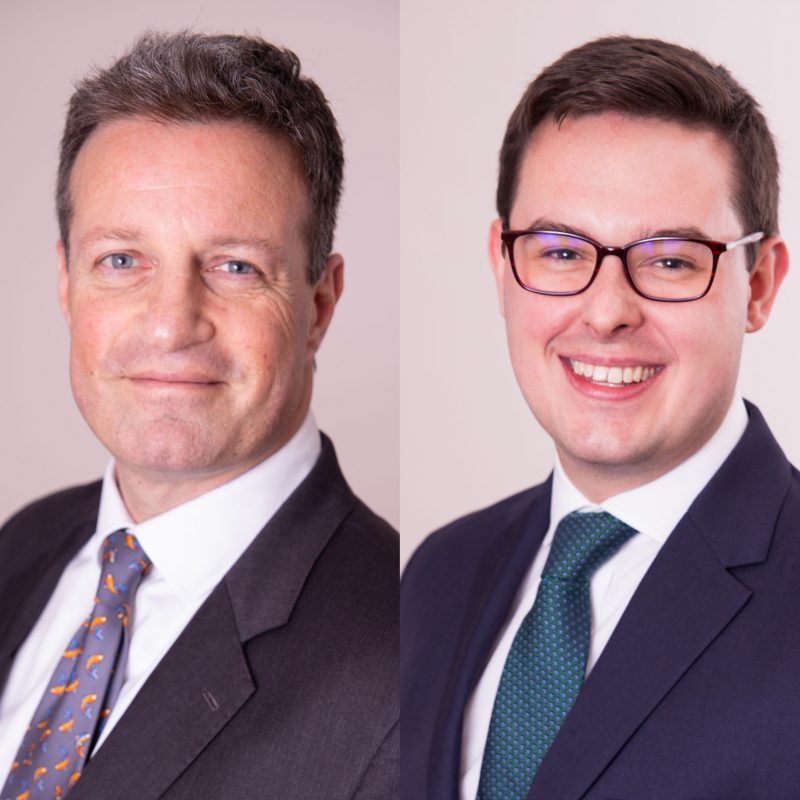