Irwell v Watson: tribunals as a one stop shop – by John Bowers QC

Is an employment tribunal a court? Does it matter?

Employment tribunals were intended when first introduced in 1963 to be easily accessible, simple, and straightforward but have gradually taken on more of the appearance of courts. There was a somewhat naive belief in the beginning that justice in such tribunals could be achieved without the parties needing lawyers. The presiding officer was called a chair but is now a judge. And tribunals of course now deal with cases of great complexity, recondite legal areas and with millions at stake. A continuing fundamental difference from a court, however, is that the tribunal has no inherent jurisdiction but only what the dizzying array of statutes provide them.

There may be several reasons why this is important. That may be for the purposes of contempt of court as in AG v BBC 1978 1 WLR 477. In Peach Grey v Sommers [1995] ICR 549 the Divisional Court held that an industrial tribunal was an “inferior court” within the meaning of the High Court rules (so that the Divisional Court had power to punish contempt in relation to industrial tribunal proceedings). In Vidler v UNISON [1999] ICR 746, an ET decided that it was included within the term “any court” in s.42(1A) of what is now the Senior Courts Act 1981, so that a party who has been declared a vexatious litigant by the High Court is unable to pursue proceedings in an employment tribunal without leave of the High Court. Underhill J (P), as he then was, in Brennan v. Sunderland City Council, 2013 ICR 1183 at para 22(2) however was unwilling to construe the word “court”, read with the word “action” in the Civil Liability (Contribution) Act 1978 as embracing an employment tribunal. This latter decision looked to be out of line.

The Court of Appeal in Irwell Insurance Co Ltd v Watson & Others [2021] EWCA Civ 67 considered the matter in a wholly new context of the applicability of the Third Parties (Rights against Insurers) Act 2010 (“the 2010 Act”). Mr Watson applied to join Irwell as third Respondent to his claims before the ET, contending that any liability on the part of Hemingway Design, his employer, had transferred to Irwell upon the former’s liquidation. Hemingway had taken out a policy with Irwell Insurance Company Limited insuring it against awards arising from successful claims brought against it by employees in ET proceedings.

By s2(6) of the Act “Where the court makes a declaration under this section, the effect of which is that the insurer is liable to P, the court may give the appropriate judgment against the insurer”. The employment tribunal could only enforce these provisions if it qualified as a court. The 2010 Act does not mention tribunals and the 2010 Act is not in the list of statutory jurisdictions which is accorded to the ETs.

The claimant said that a third party should not have to bring separate proceedings to enforce an indemnity against an insurer. What was intended was a one stop shop as in other jurisdictions. The employer, on the contrary, argued that tribunals are creatures of statute and there is no statutory authority to give the Tribunal jurisdiction to deal with the provisions of the 2010 Act.

The employment judge rightly observed that the issue between the claimant and Irwell “has nothing to do with an employment contract” and that there is “no contractual nexus between the Claimant and Irwell”. He considered that the latter’s jurisdiction “in breach of contract cases is limited to claims under the Employment Tribunals (Extension of Jurisdiction) Order 1994”. He thus dismissed the claimant’s claim on the ground that the tribunal had no jurisdiction to consider it.

Kerr J in the EAT phrased the issue as an employment tribunal falls within the words “the court” in section 2(6) of the 2010 Act. He thought “The context calls for a purposive construction. The ‘single forum’ statutory purpose would, otherwise, be defeated in employment tribunal claims.” (para 43). The single forum requires that all issues are addressed in the one arena.

Kerr J also noted the scope and breadth of the tribunal’s modern role. At para 33 he said that “Employment tribunals are required to be versatile, not just to decide complex EU law points worthy of the Supreme Court’s consideration and sometimes a reference to the Court of Justice in Luxembourg. They not infrequently have to consider contract based issues going beyond traditional employer and employee relations.”

He picked up on the criteria laid down by Rose LJ in Peach Grey & Co one by one: “It is independent of the state. It determines rights and liabilities. It administers oaths and affirmations. It awards remedies including compensation. In addition, it was omitted from the architecture of the First-tier Tribunal and the Upper Tribunal, created by the Tribunals, Courts and Enforcement Act 2007”.

The Court of Appeal agreed further: “It is plain that the principal mischief at which the 2010 Act was aimed was the need for a third party such as Mr Watson to have to issue two sets of proceedings in order to make a successful claim against the insurer of an insolvent tortfeasor”. (para 31).

Further, Bean LJ for a unanimous court said that “It is plain that the principal mischief at which the 2010 Act was aimed was the need for a third party such as Mr Watson to have to issue two sets of proceedings in order to make a successful claim against the insurer of an insolvent tortfeasor”. (para 21)

So tribunals and employment lawyers will have to learn the interesting issues which arise under the Third Parties (Rights against Insurers) Act 2010 and the pressure may be on to make the tribunals even more like courts than they already are. Further, the idea of the tribunal as a one stop shop, which was seen by the Supreme Court decision in Michalak v GMC [2018] ICE 49, will gather more pace. 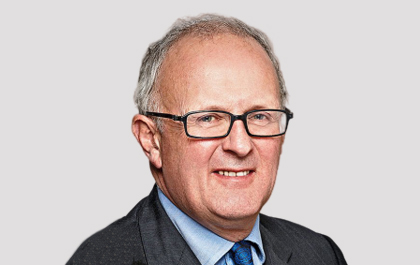