Are these really your own words? The new rules on witness statements in Practice Direction 57AC – by James Green

New rules on witness statements came into effect on 6 April 2021, following the recommendations of the Witness Evidence Working Group. Many of the principles and aims within those rules will be familiar to litigators. However, they also include a number of significant new requirements both as to the content of witness statements and the process by which witness evidence is taken, and amount to the biggest shake-up in procedure in this area for many years.

Where are the new rules?

The new rules are found in Practice Direction 57AC and its Appendix, the Statement of Best Practice (“SBP”). However, the title of the Appendix is a trap for the unwary: PD para 3.4 makes clear that compliance is mandatory. Moreover, in the event of any inconsistency with a relevant court guide, the SBP takes precedence. Accordingly, parties who fail to comply with the full scope of the new rules will do so at their peril.

When will the rules apply?

How is witness evidence to be taken?

The SBP begins by setting out the court’s approach to human memory. It is not a fixed mental record of a witnessed event, but a malleable state of perception that is vulnerable to being altered by a range of influences. With this in mind, the SBP sets out a prescriptive set of rules aimed at preserving the quality of the witness’s recollection:

One of the most striking elements of the new rules is found at SBP para 3.4:

This statement of principle is backed up by a requirement that the witness statement identify by list what documents, if any, the witness has referred to or been referred to for the purpose of providing their evidence (PD para 3.2). However, the rules expressly provide that this requirement does not affect any privilege that exists in relation to any document listed.

What should be included in witness statements?

One novel requirement is for witnesses to assess the quality of their own recollection in certain circumstances. Per SBP para 3.7, where a statement deals with an important and disputed matter of fact, the witness should if practicable:

The rules about how witness evidence is to be taken are also buttressed by two new confirmation statements, both of which should be read carefully. Legal representatives are required by PD para 4.3 to certify that (i) the proper purpose of witness statements, and practice in their preparation, has been discussed with the witness, and (ii) the statement complies with PD57AC and the SBP.

SBP para 3.9 requires legal representatives to ensure that the witness has read the confirmation statement they will have to sign before any evidence is obtained from them. Part of that confirmation provides:

“I have not been asked or encouraged by anyone to include in this statement anything that is not my own account, to the best of my ability and recollection, of events I witnessed or matters of which I have personal knowledge.”

Parties can apply to vary or depart from the confirmation statements but doing so will open up an obvious line of attack.

What must be kept out of witness statements?

SBP para 3.6 expressly provides that statements should not:

It will be apparent that many common practices in the taking of witness evidence will no longer be appropriate, and this will require that extra work be done elsewhere. Written submissions are likely to play a more important role in walking the court through the narrative of the documents in a case. Moreover, parties may have a powerful new incentive to cooperate and agree written statements of fact.

Both witnesses and legal representatives should also pay close attention to the confirmation statements that they will ultimately have to sign. In practice, this will mean that these new rules will need to be in the minds of litigators from the very outset of a case, particularly regarding which documents will and will not be shown to each witness and maintaining a record of the same.

Finally, parties operating beyond the scope of the new rules should still pay attention. PD57AC restates many existing requirements that are often disregarded by parties and are the subject of frequent judicial complaint. It may well be that judges are less willing to take a permissive approach to the old rules as the new regime becomes a familiar and known quantity within the court system. 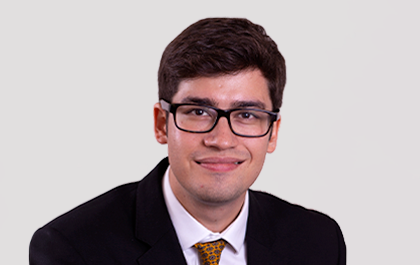