The Court of Appeal have upheld Roth J’s first instance decision that mediation position statements made during a successful mediation in one of the parties’ confidential position papers were admissible in evidence; upholding an order directing that statements made “without prejudice” (“WP”) in mediation were disclosable and could be referred to in the Defence.

Please click here to view a PDF version of the article.

The Court of Appeal has decided that material, otherwise inadmissible, could be put forward by a party seeking to uphold the settlement where the other party sought to invalidate it, alleging that it was not aware of certain payments at the time. WP information could be pleaded in a Defence to rebut the claimants’ contention of ignorance until much later as “misplaced and wrong” [20].

The claimants, Berkeley Square Holdings Ltd and others (‘the owners’), were offshore companies mainly beneficially owned by H.E. Sheikh Khalifa bin Zayed Al Nahyan, the Emir of Abu Dhabi and the President of the United Arab Emirates, who owned a portfolio of properties in London, worth around £5 billion. Lancer Property Asset Management Ltd (“Lancer”) managed the portfolio of properties between 2004 and 2017. They dealt with and were instructed by H.E. Sheikh Khalifa’s agent and appointed representative, Dr Mubarak Al Ahbabi under powers of attorney granted to him by the owners.

Under a side letter to the management agreement, enhanced fees were payable to Lancer  if the values of managed  properties increased above a set amount because of  Lancer’s management. By a deed of variation, the agent was permitted to authorise Lancer to make payments to third parties.

A dispute arose over the first defendant’s entitlement to management fees. This dispute was settled shortly after a mediation held on 24 September 2012.

The defendants asserted in their Defence to this claim that the claimants had known and approved of the payments since at least 2012.

The defendants wished to rely upon passages from the position statement in the mediation six years earlier, which referred to the payments being made as part of the factual background to the dispute. In doing so, the defendants argued that the admissibility of the statement fell within three of the established exceptions to the WP rule, and applied to amend their Defence. The claimants opposed the application and sought to strike out parts of the Defence as an abuse of process.

The crucial question to be determined was whether the defendants were precluded from relying on these passages from their position statement or whether the circumstances came within an exception to the WP rule.

At first instance, Roth J decided that the mediation statements could be referred to in the proceedings under two of the exceptions to ‘without prejudice’ privilege:

The exception numbers come from the judgment of Robert Walker LJ in the case of Unilever plc v The Proctor & Gamble Co [2000] 1 WLR 2436. Roth J gave permission to appeal.

David Richards LJ, giving the sole judgment, upheld Roth J’s decision on varied grounds. He carefully explained the purpose of WP privilege and the six Unilever exceptions. He analysed the two exceptions which were applied by Roth J to allow Lancer to refer to its WP statements from the mediation. Holding that exception (2) applied, he did not need to determine the possible application of either exception (6) or exception (3) (namely, estoppel; by which Lancer additionally sought to uphold Roth J’s decision).

The facts in this particular case enabled the Court of Appeal to create a “principled extension” to the misrepresentation exception (2), because it was not the receiver of the representation who relied on it, but the representor.

“[52] …The purpose of without prejudice negotiations is to arrive at a compromise of the dispute. If a compromise is reached, a contract will be made. It is no different from any other contract. All the familiar issues as to its terms, meaning and validity may arise. Where without prejudice negotiations have achieved their purpose, there is no principled basis for excluding the content of those negotiations in resolving those issues. It would put such contracts into a special category …

[54] … in my judgment, if the present case amounts to an extension of exception (2), it is a principled extension … it does not leave an unprincipled and undesirable asymmetry in the rule. The purpose for which the defendants may adduce evidence of the mediation statements is to determine the authority of Dr Al Ahbabi, which goes to the validity of the settlement deeds put in issue by the claimants. Just as the claimants could adduce such evidence for that purpose, so can the defendants. It is the claimants’ submission which would lead to an unprincipled asymmetry.”

Lancer simply wished to disprove the owners’ argument that they were unaware of payments being made to the agent’s companies, which was pivotal in seeking to set aside the settlement deed, by referring to the position paper Lancer itself had used at the mediation.

The purpose behind the extension did not subvert the principle of exception (2), as its purpose was to allow WP material to be used either to uphold or to invalidate a compromise contract. In the instant case, it was being used by Lancer to uphold the parties’ settlement or to counter the owners’ claim that it should be set aside.

The appeal was unanimously dismissed, with Henderson LJ and Popplewell LJ both agreeing with the judgment of David Richards LJ.

Importance of this case?

In this claim, the claimants’ key argument was that the defendants had acted dishonestly and that the claimants had been unaware of the relevant payments. The Court of Appeal did not did not dissent from Roth J’s admonition that “justice clearly demands” that the claimants should not be permitted to put forward such an argument whilst excluding evidence that they were told of those same facts some five years earlier, because to do so would create a “serious risk” that the court would be misled.

It was also highly material that the statements in question did not relate to the dispute which led to the earlier mediation (they were only “peripheral” to those issues), and were exclusively statements made by the Defendants who were the same party trying to have them admitted in the present proceedings. The approach being therefore that the admission of the WP material would not risk undermining the public policy justifying the WP rule.

The judgment demonstrates that, in very limited factual circumstances, WP privilege does not provide blanket protection. It is clear that the courts’ approach to the exceptions to the WP rule remains restricted and the court is not prepared to extend the exceptions in an ad hoc manner.

Accordingly, as intended by the Court of Appeal, it is unlikely to undermine the overarching policy of protecting WP statements, as the Court of Appeal was at pains to point out that this exception can apply only where a contract is challenged for lack of informed consent given by contracting parties; such as allegations of misrepresentation, fraud or undue influence or for want of authority. 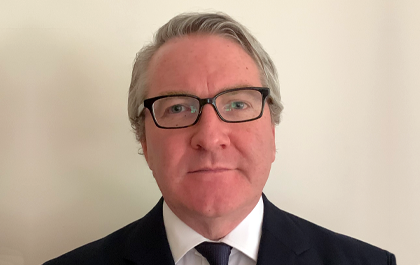