The long-awaited decision of the Employment Appeal Tribunal in Jess Varnish v British Cycling has now been handed down. The Employment Tribunal originally concluded that Jess Varnish was not an employee or a worker. Dismissing her appeal, the EAT has held that “based on an evaluative judgment taking account of all relevant factors, …. the Claimant was not an employee or worker”, and further that the Tribunal did not reach a perverse conclusion.

Varnish issued claims of unfair dismissal and sex discrimination against British Cycling after she was not selected by Team GB in the build-up to the Rio 2016 Olympics in the wake of her failure to qualify in the team sprint. The employee/worker status aspect of her claims was dealt with as a preliminary issue, Varnish contending that she was either an employee or a worker of British Cycling within the meaning of s.230 of the Employment Rights Act 1996, “ERA”. UK Sport, as funding agency, were also joined as respondents to the proceedings. Varnish had received an Athlete Performance Award (“APA”) from UK Sport of varying amounts between 2007 and 2016.

In common with many other sports governing bodies in the UK, British Cycling is a not-for-profit organisation that promotes and controls its sport. Jess Varnish entered into a series of “Athlete Agreements” with British Cycling, under the terms of which she undertook (amongst other things) to train hard for the common purpose of winning medals for the British Cycling Team. The Agreements expressly stated that they were not contracts of employment and further that participation in the Olympic Podium Programme did not create an employment relationship.

Under the most recent Agreement, British Cycling agreed to develop a performance plan (the “Individual Rider Plan”, or “IRP”), which identified Varnish’s personal performance, development goals and support service requirements, and further agreed to provide her with a package of services and benefits, including coaching support, team clothing and equipment, sports science support, medical services, travel and accommodation expenses, and access to facilities. The total package was estimated to be worth between £600,000 and £700,000 over a four year period. In turn, Varnish agreed to comply with the IRP, to train with the British Team Squad as and when required, to attend training camps as required, to enter identified competitions, and to follow all reasonable directions of British Cycling relating to the matters set out in the Agreement.  She also agreed to wear team clothing, to use her best efforts to obtain and maintain the highest possible levels of health and physical fitness commensurate with being an elite international competitor, to conduct herself in a proper manner, to comply with Anti-Doping Rules, to permit British Cycling to make use of her image in connection with the promotion, publicity or explanation of the Podium Programme, to engage in contractual appearances, to obtain prior written consent before undertaking media work, and not to engage in any personal commercial work with any third party without British Cycling’s prior written consent. The Agreement also contained provisions on suspension and termination.

The Employment Tribunal, whilst acknowledging that there was a degree of “control” in the relationship, held that there was no contract of employment with British Cycling. It also rejected Varnish’s contention that the services provided by British Cycling amounted to remuneration, holding instead that they were “benefits”. The Tribunal found that Varnish agreed to a high level of control under the Agreement with both coaches and athletes working towards a common goal, but also noted that Varnish was not obliged to use the coach supplied by British Cycling.

The Tribunal considered the “usual” tests for the establishment of a contract of employment, considering whether the relationship comprised of the “irreducible minimum” for the establishment of such a contract in the form of (1) mutuality of obligation, (2) control, and (3) personal performance. The Tribunal found that there was “no wage/work bargain”. What occurred was that Varnish was selected to take part in the Podium Programme and this was reflected in the Athlete Agreement, the purpose of which was “to recognise the ultimate goal of everyone involved in the Podium Programme to win medals for the British Team at international competitions”. The Tribunal found it to be “significant” that the APA was not funded by British Cycling. It was funded by the National Lottery and Varnish had to apply to UK Sport to receive it. The Tribunal accepted British Cycling’s evidence that, unlike conventional wages, the relevant sum was not payable on the basis of past performance or past results or past work done, but instead was considered on an annual basis by considering the future potential of an athlete. The Tribunal also relied on the fact that the funding was from a third party, that Varnish had to submit an application for funding, that the award was means tested, and that the funding was in the form of a grant where the award was based on assessment of likely future potential as opposed to work done in the past, as factors which meant that the Claimant was not providing work or skill in consideration for wages or remuneration.

The Tribunal found that mutuality of obligation was missing from the Athlete Agreement, holding:

“(British Cycling) selected (Ms Varnish) for the World Class Programme. They did not provide her with work. She agreed to train in accordance with the individual wider plan in the hope she would achieve success in international competition”.

In terms of the personal performance aspect, the Employment Tribunal, whilst not doubting the “huge amounts of personal effort” Varnish had put in, found that she was not personally performing work provided by British Cycling but rather was personally performing a commitment to train. This fell short of the requirements of a contract of employment.

In relation to “control” given the finding of no mutuality of obligation and no personal performance, the claim failed at the first stage.

The Tribunal found that the benefits provided were not remuneration but rather services. They were not automatic.  They were discretionary and (a minor point) the benefits were not taxable.

Applying the “step back” test from Hall v Lorimer [1992] ICR 739, the Tribunal found the picture to be wholly inconsistent with a contract of employment.

In terms of the “worker status” argument, the Tribunal found that there was no minimum amount of work that Varnish was obliged to perform personally, and therefore dismissed that aspect of the claim as well.

On appeal, Varnish argued that the Tribunal erred in law in finding that there was no mutuality obligation, erred in concluding that Ms Varnish was not a “limb (b) worker” (a reference to s.230(3)(b) of the ERA) and further that the Tribunal’s reasoning was irrational in relation to certain findings of fact.

Ms Varnish argued that her appeal had ramifications beyond her personal circumstances and engaged a wider athlete community and others in a typical working arrangements. The contract under which she was engaged is not unusual within the elite sport environment and there was therefore an important point of principal which applied to many working within this field which warranted careful consideration and judicial resource.  She did not challenge the factual findings made at the Tribunal but rather a challenge to clarify the requirements of service within the definition of worker or employee.

Ms Varnish argued that the Tribunal had failed to recognise that in the case of a professional cyclist, the obligation and the agreement to train hard for the common purpose of achieving medal success was work done. The work did not have to be directed to the employer and nor was it necessary for the employer to provide the work. It was argued that the Tribunal’s finding that British Cycling selected Varnish for the World Class Programme but did not provide her with work was incompatible with a separate finding that only the athletes selected could compete in international events. Had the Tribunal appreciated that Ms Varnish’s training was work it would not have reached the erroneous conclusion that she was merely the recipient of services.

Having reviewed the “usual” authorities (Ready Mixed Concrete (South East) Limited v List of Pensions and National Insurance [1968] 2QB 497, Cotswold Developments Construction Limited v Williams [2006] IRLR 181, Quashie v Stringfellow Restaurants Limited [2013] IRLR 99, and Hall v Lorimer) the EAT affirmed that the Ready Mixed Concrete approach was the correct starting point for the analysis, holding that the Tribunal had correctly addressed the question from Cotswold, namely whether or not there was an agreement to undertake some minimum, or at least some reasonable amount of work in return for being given that work, or pay.

Had Varnish succeeded before the EAT, an Employment Tribunal would have gone on to consider her substantive claims, and from a wider perspective the case may have served as a precedent for elite athletes to establish an employee/worker relationship with their governing bodies. Given the basis upon which the EAT reached its conclusions, however, it is questionable whether this decision sets any form of precedent.

Rather than laying down new guidelines as to the test to be applied in determining whether the relationship between an elite athlete and a governing body is an employee or worker relationship, the EAT’s judgment was very much focused on the principle that it was for Varnish, as the Appellant, to identify an error of law in the Employment Tribunal’s approach. Tantalisingly, the EAT observed:

“The Tribunal’s conclusion does not mean that in another case, where perhaps the contractual provisions, and the balance between services provided to and performed by the athlete, are different, the training done by cyclists could not be found to amount to work”.

It remains to be seen whether Varnish will seek permission to appeal to the Court of Appeal. If she does, she will inevitably face the same arguments on the need to identify errors of law in the approach taken to her case.

It had been considered that the outcome of this case could potentially represent a radical shift in the legal rights of elite athletes and the way they are funded by their governing bodies. Had Varnish succeeded, the case had the potential to send shockwaves through the whole of elite UK sport. Varnish herself explained her motivation for bringing the claim as being “a desire to give athletes an opportunity to hold to account employees of governing bodies who they interact with on a daily basis and have significant control over their careers and opportunities”.  She expressed the hope that this would “bring about a fairer, more modern high performance system in the UK where athlete welfare is not just a soundbite but something that we all believe in”. Her aspirations have not been met, and governing bodies can, for the time being, put away the smelling salts, whilst we await the next elite athlete prepared to take on the establishment and attempt to extend the ever-widening scope of employment protection into this area. 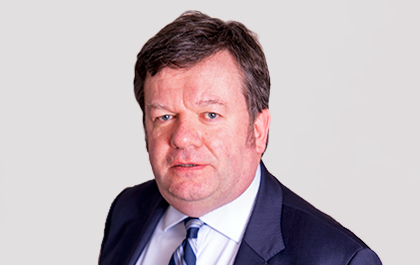