Mr Palmeri was a self-employed investment manager with Charles Stanley, a financial services and investment management firm. He employed his own team, which he regarded as operating a “business within a business”.

Charles Stanley undertook a programme to revise its operating model and terms and conditions, called Project Oak. Despite lengthy discussions Mr Palmeri and Charles Stanley were unable to agree new terms. At a meeting on 21 April 2017 Mr Palmeri was presented with an ultimatum: his choice was to sign up to the new terms or have his contract terminated with immediate effect and a payment in lieu of notice. Mr Palmeri lost his temper at the meeting: in an expletive-laden rant he abused the other two participants and disparaged the competence and integrity of the management at Charles Stanley. Although he said he was willing to sign up to the terms, Charles Stanley reacted by telling Mr Palmeri that his relationship with the firm had irretrievably broken down and that his contract was being terminated with immediate effect.

Charles Stanley, represented by Gavin Mansfield QC (instructed by Clyde & Co), argued that Mr Palmeri’s conduct in the meeting of 21 April 2017 constituted a repudiatory breach of contract. Charles Stanley contended that summary dismissal was also justified by further repudiatory breaches by Mr Palmeri, subsequently discovered by them. Shortly after his departure, it emerged that Mr Palmeri had engaged in loan activities with clients in contravention of the firm’s compliance manual, which was a contractual document. One of these transactions involved a breach of Charles Stanley’s complaints handling procedure (Mr Palmeri made an interest free loan to a client, who was also a personal friend, in the context of a potential complaint by that client) and another was a credit-broking arrangement. Credit-broking is a regulated activity, for which Charles Stanley did not have a licence.

At its heart, the case turned on an assessment of whether Mr Palmeri’s behaviour when he lost his temper was sufficiently serious to amount to a breach of trust and confidence. This case is a useful reminder that the implied term of mutual trust and confidence is a double-edged sword of relevance to both employers and their staff and associates.

The contract lacked a clear set of provisions dealing with the parties’ rights in relation to clients. Mr Palmeri claimed a series of implied terms designed to protect his alleged “ownership” of clients. Although Collins Rice J saw “some attraction in principle” with Mr Palmeri’s argument that it was an implied term of the contract that Mr Palmeri was entitled to an “orderly transition” during a notice period, she did not decide the point as she concluded that Charles Stanley was entitled to summarily terminate the contract due to Mr Palmeri’s conduct. The case highlights the importance of contractual clarity in relation to termination arrangements. 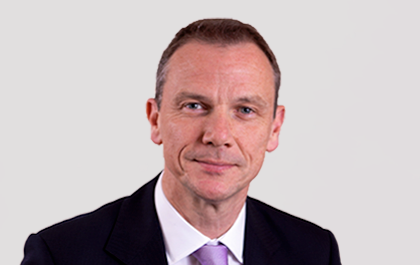