In an important decision yesterday (27 February), Allen v Dodd & Co Limited [2020] EWCA Civ 258, the Court of Appeal held that if a person believes their conduct will probably not result in a breach of a contract they will not be liable for inducing a breach even if: (a) they knew there was a risk of breach; and (b) the court subsequently finds such a breach.

This case arose in the context of restrictive covenants in an employment contract but the decision is of general application.

The Defendant took legal advice on the enforceability of the covenants from which it concluded that, whilst there was a risk, it was more likely than not that the covenants were unenforceable.  It therefore engaged the employee to carry out the work.

The Claimant then brought proceedings relying on the covenants.

The judge at first instance held that the covenants were enforceable.

The judge rejected, however, the Claimant’s claim against the Defendant in tort for inducing breach of contract.  The judge held that its belief that the covenants probably were unenforceable meant that the Defendant did not have the requisite knowledge to be liable for the tort.

The Court of Appeal upheld the judge’s decision (Lewison LJ giving the only substantive judgment with which David Richards and Rose LJ agreed).

The Court held that if legal advice is received (and believed) which indicates that it is more probable than not that no breach will be committed then there will be no liability for inducing breach of contract.

In doing so, the Court expressly rejected the Claimant’s submission that there should be liability whenever the Defendant believes there is a risk that its conduct will lead to a breach.

The Court held that such a submission would be inconsistent with authority.  It also doubted that in the real world many people hold absolute beliefs about legal rights and wrongs, observing that:

“As everyone knows, lawyers rarely give unequivocal advice; and even if they do the client must appreciate that there is always a risk …that the advice will turn out to be wrong. Although this case arises in the context of restrictive covenants in contracts of employment, it is important to remember that the tort of inducing a breach of contract applies to all sorts of contracts across the whole spectrum of commercial endeavour. While there may be relatively clear guidelines about the enforceability of restrictive covenants, those guidelines are absent in other fields of commercial activity. It is also important to bear in mind that the knowledge in question is not simply knowledge of a fact; but knowledge of a legal outcome [i.e. that you are inducing a breach of contract]. That is often hard to predict, as the constant diet of contested breach of contract cases in our courts demonstrates. To insist on definitive advice that no breach will be committed would have a chilling effect on legitimate commercial activity.”

The Court noted that it may be insufficient if reliance is placed on legal advice which goes no further than to say that it is arguable that no breach will be committed, but declined to decide the point.

The Court confirmed, however, that if the advice received and believed is that it is more probable than not that there will be no breach that is good enough.

This is a helpful and pragmatic decision.   Whilst recognising that legal advice can rarely be categorical, it allows those seeking to do business with people subject to contractual restrictions much better to know where they stand in terms of potential liability following receipt and reliance on legal advice.

The author of this note, David Lascelles, specialises in litigation arising from high-value commercial contracts, the sale of shares and businesses, shareholder and LLP membership, commercial fraud, and director and senior employee relations.  His cases are often multi-party and multi-jurisdictional.

David has been recognised for many years by both Chambers & Partners and Legal 500 independent guides to the legal professions as one of the UK’s leading barristers in both commercial and company law litigation.  He is 1 of only 6 juniors barristers in the UK to be recommended in both fields in the 2020 edition of both independent guides. 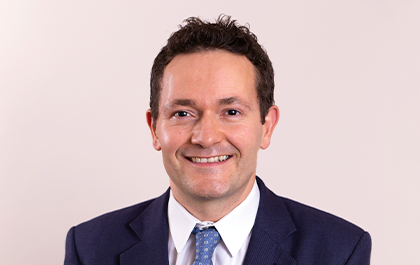