Benjamin Mendy has been remanded in custody, following charges of four counts of rape and one count of sexual assault.

In most cases the law recognises that a player’s criminal misconduct will bring the employer club’s broad reputation into disrepute – and, therefore, justify the player’s summary dismissal for conduct reasons[1].

A club does, though, need to be careful to allege ‘gross misconduct’[2] rather than the more nuanced doctrine of ‘frustration’ of a player contract as even imprisonment does not necessarily frustrate the contract entitling the club to dismiss the player. [3]

Amongst other matters, the standard form Premier League player contract expressly obliges Mendy not to do anything “which is likely to bring the Club or the game of football into disrepute”.[4]

However, the mere levelling of criminal charges, despite their seriousness, are insufficient to be lawful grounds for the dismissal on Mendy.

It is logically for that reason that City has chosen to suspend Mendy pending its internal investigation into his alleged gross misconduct – which it is entitled to do for up to 14 days whilst the investigation continues.[5]

It would seem reasonable that such a suspension could be renewed after the 14-day period where the allegations are serious and the situation complicated by a concurrent criminal process – such as in Mendy’s case.

Whilst suspended Mendy is entitled to be paid in full under his player contract, including benefits, but is not entitled to access City’s premises except with its prior consent or at its request.[6]

The standard form Premier League player contract sets out a prescribed process for a disciplinary investigation and then, as appropriate, disciplinary action.

Mendy would then have an automatic right of appeal against any disciplinary sanction.[10]

Plainly, if Mendy was to plead guilty to any of the serious charges that he faces, City would then be entitled to dismiss him fairly for gross misconduct.

Financial ruin for breach of contract

A further ruinous sting in the tale would be that, if he pleads guilty or is convicted, Mendy would have acted in breach of his City player contract.

In 2017 he was signed by Manchester City for £52million on a 5-year deal, at the time the world’s most expensive defender. His registration is a valuable financial asset to City.

The club is entitled to seek compensation from Mendy in the event that he breaches his contract, which causes the club loss – in the same way Chelsea did for £14.4 million (in principle, rather than actually ever receiving the compensation) when it sacked Adrian Mutu for gross misconduct for a failed drugs test.

Whilst Mendy’s value may no longer be at previous levels, given his form over recent seasons and the limited time left on his current City player contract, in the event of either a guilty plea or a conviction, City would have very strong grounds to seek compensation in the sum of his ‘market value’ from him.  Even for a multi-millionaire footballer that eventuality would be financially crippling.

Whilst the headlines thus far understandably have focused on the seriousness of the allegations levelled against Mendy with the inevitable custodial sentence he would receive if convicted, it is not only his liberty but also his entire financial footing which is at serious risk as a result of the allegations.

Given those repercussions, one can anticipate that Mendy will plead not guilty to the charges and fight them with the finest legal defence team he is currently well able to afford.

[2] This is defined in the standard form Premier League player contract as “serious or persistent conduct behaviour or omission by the Player involving one or more of the following (a) theft or fraud (b) deliberate of serious damage to the Club’s property (c) use or possession of or trafficking of a Prohibited Substance (d) incapacity through alcohol affecting the Player’s performance as a player (e) breach of or failure to comply with any of the terms of this contract or such other similar or equivalent serious or persistent conduct behaviour or activity or omission by the Player which the Board reasonably considers to amount to gross misconduct. 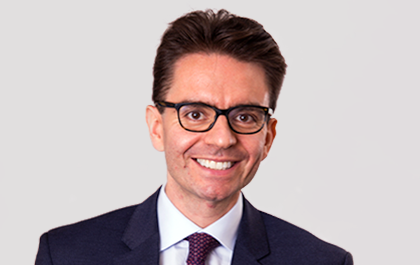