Littleton’s Sam Neaman, led by Stuart Ritchie QC of Fountain Court and Martin Evans QC of 33 Chancery Lane, has secured final victory for his clients, Aquila Advisory Ltd, in the Supreme Court, after a 12-year battle to establish Aquila’s rights to the secret profits wrongfully obtained by two directors in breach of their fiduciary duties.

Because the secret profits were made in breach of the directors’ fiduciary duties, they were held on constructive trust in favour of the company. However, they were also the proceeds of crime, having been obtained by the directors in the course of carrying out a tax fraud for which they were convicted and imprisoned.

The CPS argued that it was entitled to the assets in priority to Aquila, either because the criminal acts of the directors should be attributed to the company, whose claim to the assets should then fail on the grounds of illegality (thereby allowing the CPS to collect the assets under Confiscation Orders against the directors), or because allowing Aquila to retain the proceeds of crime would be inconsistent with public policy, and with the regime established by the Proceeds of Crime Act 2002.

The Supreme Court unanimously rejected every argument put forward by the CPS, describing it at one point as “misconceived”.

In doing so the Supreme Court gave further valuable analysis of its own recent decisions on attribution in FHR European Ventures LLP v Mankarious [2015] AC 250, Bilta (UK) Ltd v Nazir [2016] AC 1, and Singularis Holdings Ltd (in liquidation) v Daiwa Capital Markets Europe Ltd [2020] AC 1189, and the interrelationship with the law on illegality as restated by the Supreme Court in Patel v Mirza [2017] AC 467.

The case is of general  importance to the law of fiduciary duty, constructive trusts, and illegality, and specifically for any company whose directors have made a profit in breach of their fiduciary duties to the company, but where the profit was also made in the course of criminal conduct. 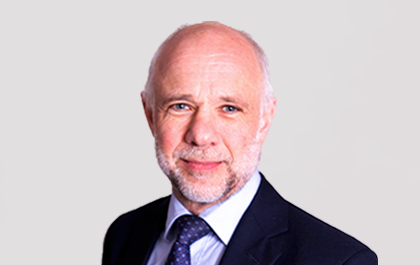